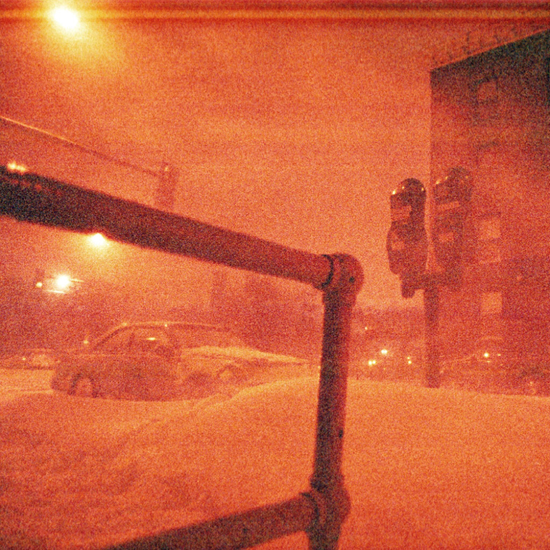 Compiled by Garrett McGrath in Los Angeles on December 16th, 2010

Tracklist Jan 22 2011
In 1995, I was completely emerged in the Detroit rave scene. I wasn't always super social, as talking with people was never really in the cards for the evening. But, after the music was off there would be some milling about and at that point, I would meet a few people. Garrett McGrath was one of those people for me. I think we met by me commenting on his T-shirt, which I'm pretty sure was either a Tresor or Transmat shirt.... I can't remember exactly. From then on, I would see him out rather regularly and we would have quick chats and such. Eventually, I saw him on the 313 list on Hyperreal, as well. He at some point moved out to Los Angeles, and our paths stopped crossing regularly. We were never really close, but I always thought he was a cool guy. And when Snowprayers launched, he dropped me an email digging the concept and asked if he could do an edition. Since I've always known he had good taste in Techno, I had no doubt he would deliver a rock solid contribution for this series. So, thank you for tuning in yet again, and thank you to Garrett as well. I hope doing this reminded you of how much you miss Fall. (photo credit: Wayne Harrison)